I am very new to cmake.

I am not new to build systems.
I have maintained signficant ones.

I have a very custom build system.
Very declarative, and embeds a little custom scripting language as an escape hatch.

Nice but design, but that I would rather stop maintaining. At least the underlying
platform support. I envision keeping the declarative stuff
and generating cmake files from it. Or maybe translating
once to idiomatic maintainable cmake.

However it has at least one very nice simple useful
feature that I have seen rarely or never elsewhere,
and I would like to know how to achieve it in cmake (or automake/libtool,
for better or worse, I want to delegate the work to others).

We compile everything just once, with -fPIC.
I find the approach of compiling things twice quite absurd, really.

For any “library” by default we make a static library and
link a shared library. We name the static libraries like foo.a.sa
or foo.lib.sa. (I forget what we do on HP-UX, where .sa means shared archive;
we have very broad platform support also).

If a library however is marked as “build_standalone”, we only build
the .sa form.

When we link an executable, by default, we probe around for the libraries
it requests. If there is dynamic we use that, else if there is static we use that.

If an executable is marked “standalone”, we look only for static,
which always succeeds.

The standalone libraries have another use, I only just realized.
The system is its own language. We have to write “bindings”, like rewriting
the X headers in our language, and such. Then we have like:

The result of this, the same, compile, make static archive, and do not
attempt shared link. In this fashion, we can still compile our bindings
to check them somewhat, w/o error due to lack of underlying X11.
i.e. because we’d have unresolved symbols, depending (I know shared
libraries can sometimes have unresolved symbols).

so no checking on executable source we cannot link.

Does my explanation make sense?

Is this possible in cmake? How?
If no way, maybe a reasonable feature request?

I do find the cmake documenation a bit obtuse, I’m sorry to say.
It speaks of higher level concepts.

Thank you very much,

I do not understand right.

Modern cmake use the concept of build targets.
One target may depend on other targets.
…

That is informative and shines a very positive light on CMake, thank you.

I had some typos, I apologize, but my explanation wasn’t far off.

This creates the following after make install:

A sample how to build and install shared libraries you may try this project: 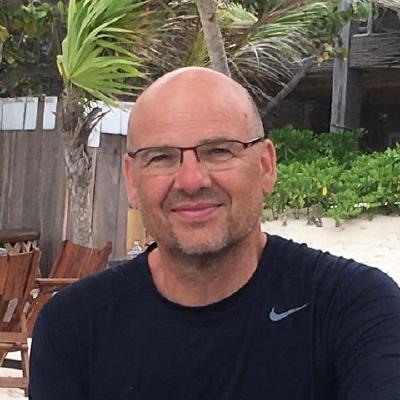 That doesn’t answer my question.

But ok I looked into things some. I hadn’t looked in years I guess.

Apparently this is a faq: build static and dynamic libraries.
It isn’t fully automated, but compile once is easy enough:

And then if I chose the names right, building selectively
just standalone and letting probing happen, should work.

But this doesn’t offer though is “standalone” executable
that favor standalone libraries. Perhaps we can drop that feature.
rpath=$origin/…/lib offers “similar” behavior. Though we also use standalone
so we can update libraries used by the actual build system implementation,
i.e. to avoid overwriting in-use files. Maybe this isn’t really needed.
And we use it to run uninstalled executables. A bit of an inefficient hack, but it is useful.
Like for executables used during the build (we ignore the cross build problem there, granted).
Maybe cmake creates wrapper scripts that set LD_LIBRARY_PATH or such for that?
Maybe I’ll just try and see.

I had forgotten, other aspects of our build system that will need
translation or alteration or abandonment.

and then sym or hardlinks into bin and lib directories.

Kinda like Debian’s /lib/ but predating it by a long time.

We’ll have to think about what we need and what is worth customization.

I do find the cmake documenation a bit obtuse, I’m sorry to say.
It speaks of higher level concepts.

I think you should not say, that the cmake document is obtuse!

Think about of your questions, that is obtuse.

I seems time to forget what you dit in the past.

Make it new, clear, and simple!

There is more than one way to do it.

I can’t help you, sorry.

Apparently this is a faq: build static and dynamic libraries.
It isn’t fully automated, but compile once is easy enough:

From my understanding I think you’d rather use OBJECT library:
https://cmake.org/cmake/help/latest/command/add_library.html#object-libraries

I had forgotten, other aspects of our build system that will need
translation or alteration or abandonment.

I think you should separate the subject of your question. I understand that your current build system has various feature but:

I saw object libraries, but on Windows I prefer .libs over .objs, so that the linker
will resolve and perhaps retain fewer symbols.

On Unix I guess slightly preference for object libs to avoid the cost to write the lib.

I saw object libraries, but on Windows I prefer .libs over .objs, so that the linker
will resolve and perhaps retain fewer symbols.

You should not assume what CMake will use for OBJECT libraries on various platform. The point of CMake is to abstract away as far as possible from platform specifics. With CMake you usually give functional requirements on your build.

If you want to explain what CMake should do on Windows vs Linux vs MacOS etc… then you’ll end up with a CMake build system with a lot of if(WIN32) etc… which seems awkward when you seek cross-platform build.

I would just avoid object libraries everywhere, not per-platform,
because of their varying semantic, at least on Windows (possibly everywhere?)

And sure, but what is the high level difference then?
What are the intended observed behaviors of an object library vs. a static library?
They sound like exact low level ideas, and do in fact map directly to the next level.

The caveat I am avoiding others have documented:

"
Caveats
Using object libraries means that duplicate symbols can cause conflicts that need to be
manually resolved. When linking non-object libraries, the linker typically just uses
the first instance seen of a symbol.
"

How would you do this on Windows to compile only once for shared and static libraries? Is that even possible due to the need for dllexport?

There is no need for declspec(dllexport).
Plenty of systems do not use it.
Use a .def file instead.

Declspec(dllimport) is also not needed.
(Unless you import data, or compare function pointers for equality, both are rare.)