Default compile definition: how to get rid of those

I am using cmake generator ninja to build my project.
cmake / ninja adds a compile definition: -DNDEBUG automatically and it breaks the build.

What is the method to get rid of this default specifically and any in general?
This happens also for compile options and linker options.
what is the recommended way to stay in control of those?

Why does -DNDEBUG break your build? This is a standards-defined preprocessor symbol that changes the behavior of the assert macro. If you really want to remove it, you’ll have to string(REPLACE) on the _FLAGS variables.

As Ben already said, this is a define from the C Standard which should not break your build.

But if your project was never built as a Release, only for Debugging purposes, then switching the CMAKE_BUILD_TYPE to Debug helps.

I agree NDEBUG should not break the build but it does and the reason is quite complicated as we are replacing and rebuilding standard libraries taken from another package and this could be challenging of getting into the root cause of the build break.
Can you elaborate a little bit about string(REPLACE) - do you mean resetting CMAKE_<CXX/C>_FLAGS_RELEASE since I could not see that this affects the compile command and its -D options.

Taking back what I said above: setting CMAKE_CXX_FLAGS_RELEASE to -O3 (instead of ‘-O3 -NDEBUG’ which was the default) solved the problem.
I somehow last week tried to do something similar and it did not help.
Probably a mixup.

Thanks for your help,
Serge

Excellent question. Tho answer the „should work“ statements: I for example don’t use GNU C so any gnu options are in the way. And yes I have one toolchain file. But the default compiler options are still there.

Hello Martin,
The defaults depend on the compiler/target environment detected. They differ e.g. for MSVC and GNUC and others.
If you have a specific problem please create your own thread and explain your environment (which compiler, which target) and what specific problem you have.

Well, I have „my own thread“ over on StackOverflow: 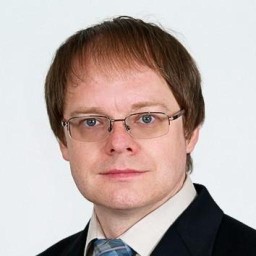 How to remove all default compiler options from CMake

The defaults depend on the compiler/target environment detected.

This is probably the problem. There is nothing useful to detect. CMake should just use what’s in the toolchain file.

I can copy paste the thread over here of you think that would be helpful.

I see at least two problems

Perhaps I should resurrect my old cc65 branch which I have lying around.

Two and three suggest a problem in CLion. Let’s see:

Of course I tried this before and it didn’t work. I guess there were multiple problems some of which I fixed and now all problems left are CLion. Which is annoying as I the only reason I do this is to have CLion support.

I’ll open a forum post at JetBrains. Thanks for the help.