Hey guys,
I Read about the new cmake FetchContent .
i’d like to use this to clone and checkout a git repository

Now the problem is, I do not want to checkout a specific tag but the latest commit of a specified branch. When running this code the checkout git repo is much bigger than the manually cloned Repo. Also the Upstream Branch does not seam to be set.

Can you help me how to checkout the latest commit of a specified branch?

From the CMake docs

Git branch name, tag or commit hash. Note that branch names and tags should generally be specified as remote names (i.e. origin/myBranch rather than simply myBranch). This ensures that if the remote end has its tag moved or branch rebased or history rewritten, the local clone will still be updated correctly. In general, however, specifying a commit hash should be preferred for a number of reasons:

If the local clone already has the commit corresponding to the hash, no git fetch needs to be performed to check for changes each time CMake is re-run. This can result in a significant speed up if many external projects are being used.

If GIT_SHALLOW is enabled then GIT_TAG works only with branch names and tags. A commit hash is not allowed.

Hey, does the doc for ExternalProject apply to FetchContent as well? FetchContent docs do not mention git shallow.
I tried
CloneRepository("https://github.com/opencv/opencv.git" "origin/master" "opencv" "${CMAKE_CURRENT_LIST_DIR}/../opencv")

However to upstream connection does not seam to be set correctly. Git Bash shows this 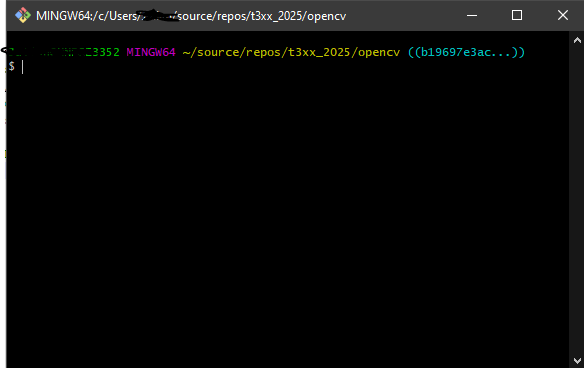 =>so despite writing origin/master the upstream branch connection does not seam to be set correctly.
I’m am using latest CMake 3.21.4 generation was done using CMake GUI

(of course you are right using a proper tag is better traceable, but for development purposes I’d like to use the latest of our (internal) shared Lib

for some reason I’m only allowed to add only 1 img per Post.
So here is what i would expect

Hey, does the doc for ExternalProject apply to FetchContent as well? FetchContent docs do not mention git shallow.

Here are some FetchContent tutorials:

Why use CMake FetchContent vs. ExternalProject

even with this there is no connection to the upstream branch. Am I missing something here?

even with this there is no connection to the upstream branch. Am I missing something here?

What do you mean? I copy pasted your code locally and it seemed to pull it down just fine.

The only issues I had was it failed to find python 2.7 on my machine. 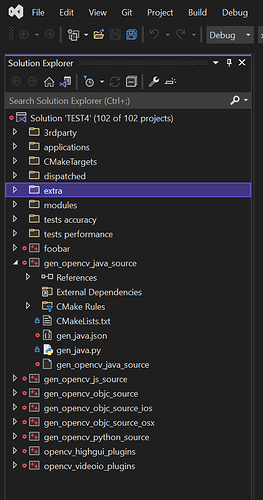 Here is my code for reference:

Hey, thx for your reply

This is the result in my case.

This is my expected result from performing a clone operation. Can you observe the same behaviour?

=>this is the expected behaviour

If I’m not mistaken, CMake does check out specific commit, not branch. Why? Because it does not have to. If you need such functionality you probably have to call git commands by yourself.

OpenCV seems to have origin/4.x set as default branch.
So if you clone on command line without further arguments you’ll get origin/4.x and not origin/master.
If you now simply checkout origin/master you end up in headless state, because there is no local master branch.
Please verify with git status for each directory what you are really seeing.

Here are some FetchContent tutorials:

This link worked for me.

hey. Thx I was afraid you might say that.
Than I will go back execute_process()

yep it’s like you said. I end up in a headless state. I even tried to omit the GIT_TAG “origin/master” to just checkout the default. But still the heads are detached

sorry is it just me or does this link not work any more? I get a 404 error

Use my original link, @kadir’s link is broken

sorry just to be clear. You all have a detached head when using my snippet correct?
At least that’s what I’m encountering after several tries

Thx for your help so far