I have the following logs:

After some research, I discovered the implementation of this argument in CMake since this commit: IAR: update language specification detection · Kitware/CMake@a9073db · GitHub.
cf: CMake/IAR-CXX.cmake at 85a82a3dee0bf92eaa51f5b6e64a68840153438e · Kitware/CMake · GitHub. 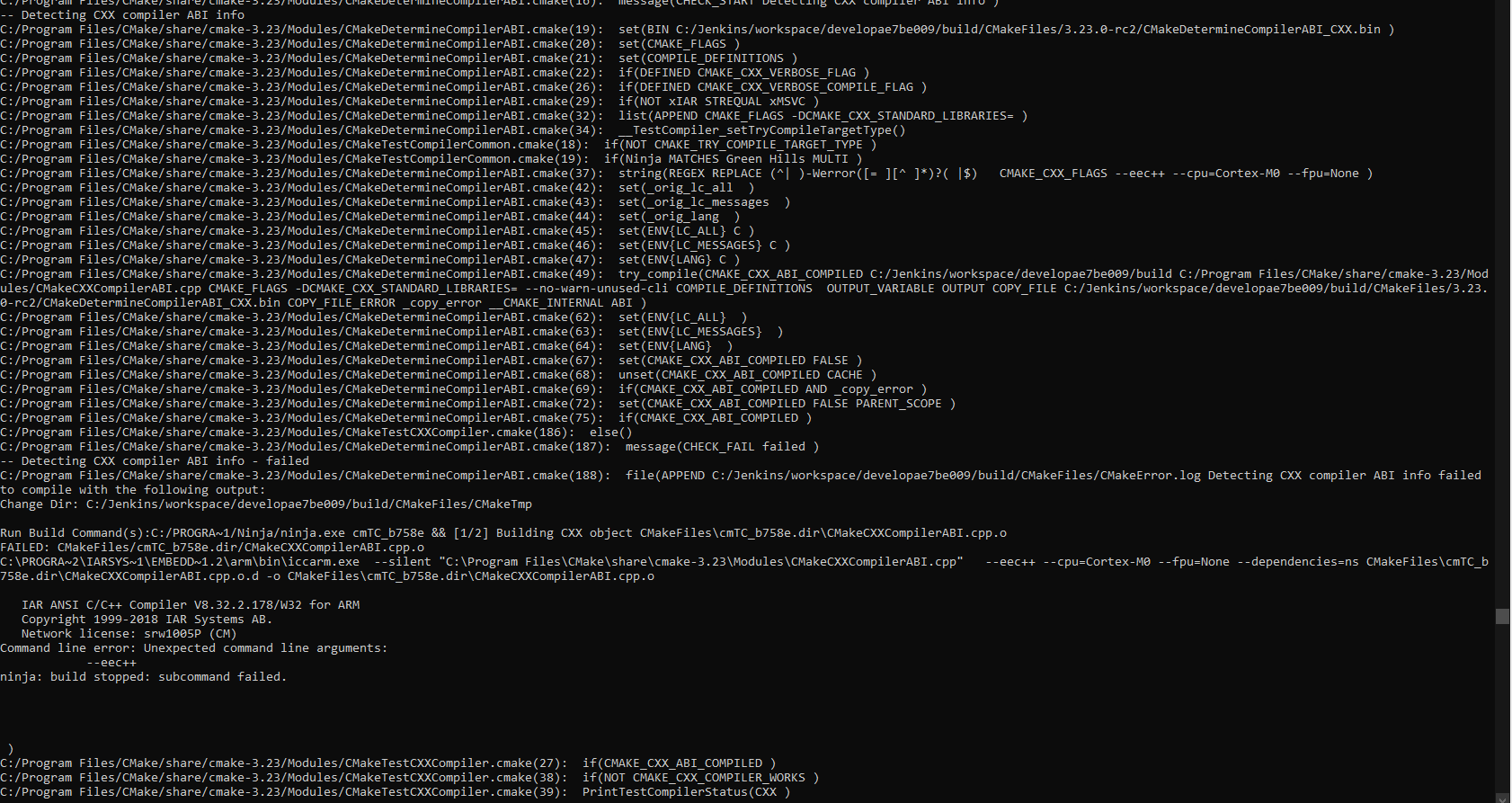 I am reporting this problem as detected.
For the moment the solution I find is to use an older version of CMake (3.21).

Please open an issue for this titled “IAR: Compilation fails with --eec++”.

Thanks for the suggestion, the ticket was opened: https://gitlab.kitware.com/cmake/cmake/-/issues/23335