Cmake configuration and generate is extremely slow for VS 2017

Due to introspection checks with e.g. try_compile, the configuration time for a fresh build tree and that for an existing build tree can vary greatly. Please post your times for each of VS 2012 and VS 2017 for both initial configuration and re-configuration.

Is there no such issue reported before?

This is the first I’ve heard of such a problem. The same generator code is used for both versions.

What are the reconfiguration times?

Since you are using cmake 3.18 why not use the profiler to try and narrow it down. (Post the results if you can)

then type in Chrome or Edge address bar about:tracing and Load perf.json.

You might be able to use the backing project directly. I’ve used it before, but it can be tricky to use. 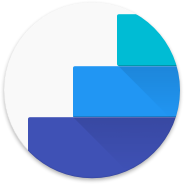 Deprecated Catapult GitHub. Please instead use http://crbug.com "Speed>Benchmarks" component for bugs and https://chromium.googlesource.com/catapult for downloading and editing source ...