I am proud to announce the fifth CMake 3.23 release candidate.
https://cmake.org/download/

Documentation is available at:
https://cmake.org/cmake/help/v3.23

Release notes appear below and are also published at
https://cmake.org/cmake/help/v3.23/release/3.23.html

Some of the more significant changes in CMake 3.23 are:

Changes made since CMake 3.22 include the following.

When I try the latest release candidate I’m getting this messagebox. 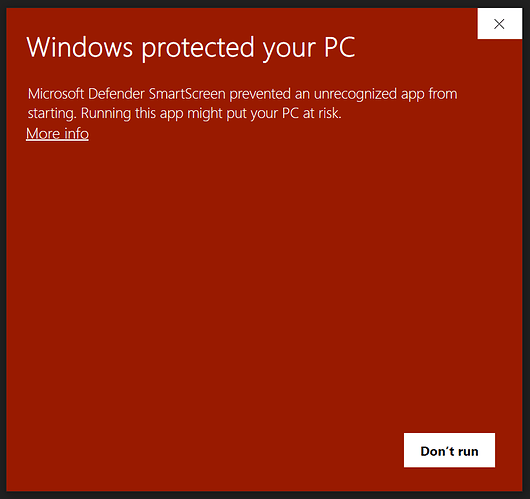 However, when I try the latest stable release I don’t get this issue.

Thanks for pointing this out. That rc5 binary is signed with a new EV certificate because the old one expires soon. We’re looking into what goes wrong with the new cert.

The Windows Defender SmartScreen warning is coming from the “reputation-based” protection feature because the new signing certificate has not yet built a reputation. See documentation here. I’d thought that EV certificates were supposed to avoid this problem, so we’re still looking into why the warning appears anyway.